However, if the fine powder of magnesia is too fine, the reduction rate of MgO will be accelerated, thereby accelerating the damage of the MgO-C brick. Magnesia sand less than 0.01mm is easy to react with graphite, so it is best not to mix such too fine magnesia when producing MgO-C bricks. In order to obtain MgO-C bricks with excellent performance, the ratio of magnesia to graphite of less than 0.074 mm in MgO-C bricks should be less than 0.5, and if it exceeds 1, the porosity of the matrix portion is sharply increased.

Magnesia carbon brick The graphite is light in density and tends to float on top of the mix during mixing, making it incompletely in contact with other components in the furnish. High speed mixers or planetary mixers are generally used. When producing MgO-C bricks, if the feeding order is not paid attention to during the mixing, the plasticity and formability of the slurry will be affected, thereby affecting the yield and performance of the product.

Magnesia carbon brick The correct order of addition is: magnesia (coarse, medium) → binder → graphite → magnesia powder and additives mixed powder. The mixing time varies slightly depending on the mixing equipment. If the mixing time is too long, the graphite and the fine powder around the magnesia are easily peeled off, and the mud is dried due to the large amount of solvent in the binder; if it is too short, the mixture is uneven and the plasticity is poor, which is not favorable for molding. .

Magnesia carbon brick Molding is an important way to increase the packing density and densify the structure of the product. Therefore, high-pressure molding is required, and the pressing is strictly carried out according to the operating procedure of light weight, heavy weight and multiple pressurization. When producing MgO-C bricks, the density of bricks is commonly used. Controlling the forming process, the higher the tonnage of the general press, the higher the density of the brick, and the less binder required for the mixture (otherwise, due to the shortening of the distance between the particles and the thinning of the liquid film, the bonding agent is partially localized, resulting in several The structure of the product is not uniform, which affects the performance of the product and also causes the elastic aftereffect to cause the brick to crack.

Selection of magnesia carbon bricks for various parts of the converter

Magnesia carbon bricks When charging, blowing, tapping, pouring slag, the temperature changes greatly, the slag is eroded, the dust is exhausted, the material is washed, the steel is cleaned, and the slag is mechanically impacted.

Magnesia carbon bricks When sampling and tapping, it is eroded by slag, and the temperature changes greatly. When the furnace is empty, the carbon in the brick is easily oxidized and is eroded and worn by the exhaust gas and dust.

Magnesia carbon bricks Loading side: Due to the impact and erosion of scrap steel and molten iron, the temperature changes greatly.

Magnesia carbon bricks Trunnion area: There is less slag hanging in the furnace lining. When the furnace is empty, the carbon in the brick is oxidized, and the furnace is subjected to abnormal force when tilting.

Bottom: It is strongly washed and worn by molten steel.

Magnesia carbon bricks It is washed by molten steel, and the slag is eroded and the temperature changes drastically.

1)Raw material to factory→checkout→burdening→stirring→mixing→taking out the raw material,
2)Crushing→Mixing→Shaping→Drying→Firing→Inspection→Packaging and Shipment.
2.Quality Assurance
1)Going out the furnace→checkout→packing→qualified product→putting in storage→sale,
2)The process from raw to product are strictly tested by equipment.
1.Inspection and Control of incoming raw materials: according to the chemical content,raw materials are classified into different levels to ensure quality of brick first.
2.Inspection and control of the process: during the production,every brick will be weighed twice strictly to reduce the error of weight .
3.Quality audit by quality management: inspection of product standardization of quality of each product by process control and experimentation, taking corrective measures timely whenever deviations are noted.
4.Before delivery, the inspectors will inspect the size,appearance, physical and chemical properties of brick again in factory. 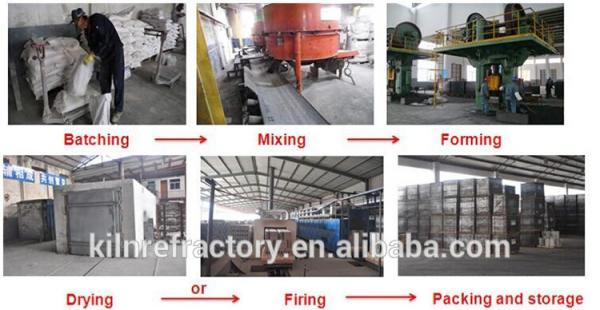 1.Our packaging is as per customer’s request
2.Normal goods delivered by sea transport
3.Sample shipping by express
4.We will shipping and delivery goods timely, quanlity and quantity guaranteed, and also in accordance with the contract and customer's requirment completely. 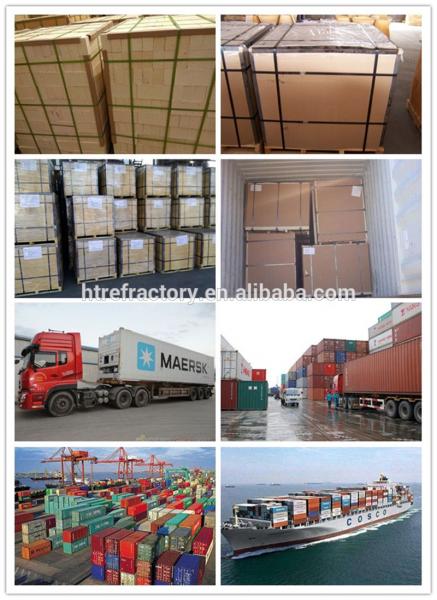 Henan hongtai kiln refractory co., LTD. Is well aware that there are thousands of demands from customers, which can be summarized in four aspects: reliable quality, timely delivery, reasonable price and considerate service.The company will continue to adhere to the corporate spirit of "contributing to society and serving customers" and the business philosophy of "mutual benefit, win-win, integrity, efficiency, preciseness and responsibility".Our company is willing to develop a wide range of technical exchanges with colleges and universities and colleagues from all walks of life at home and abroad in a flexible and diversified way. 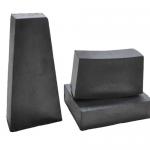