Tryptamine has been shown to be a non-competitive inhibitor of serotonin N-acetyltransferase (SNAT) in mosquitoes. SNAT catalyzes the anabolism of serotonin to produce N-acetylserotonin, another neuromodulator (especially the neurotrophic factor produced by TrkB anxiety disorder) and the immediate precursor of melatonin.

Tryptamine is rapidly metabolized by MAO-A and MAO-B, so the half-life in the body is very short.

2. It is vasoactive; may have neuromodulatory function; it is a biogenic amine formed by the decarboxylation of tryptophan by the action of L-aromatic amino acid decarboxylase.

How to order from Senwayer
1. Send inquiry to let us know the product and quantity you need
2. Senwayer Team will provide with quotation
3. Make full payment then Senwayer Team will start to arrange shipment. (Bank transfer, Bitcoin, USDT)
4. Tracking number usually can be provided in 5 working days after payment received.
5. Parcel will arrive you safely.

You're welcome to contact me via:
Wuhan Senwayer Century Chemical Co.,Ltd 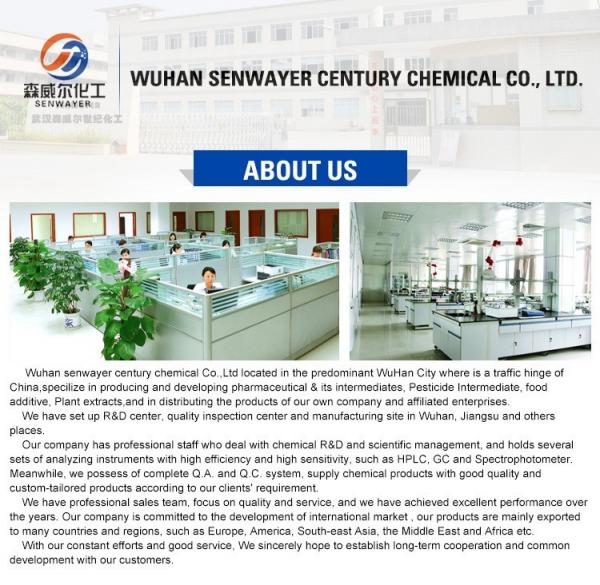 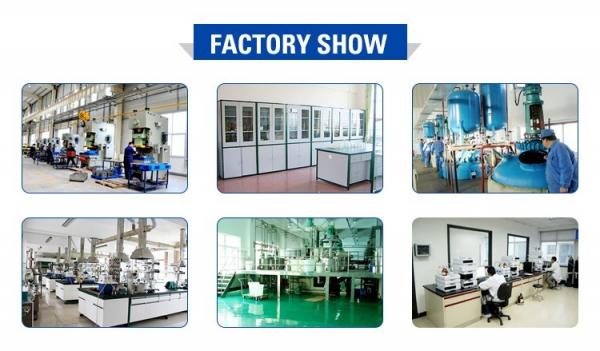 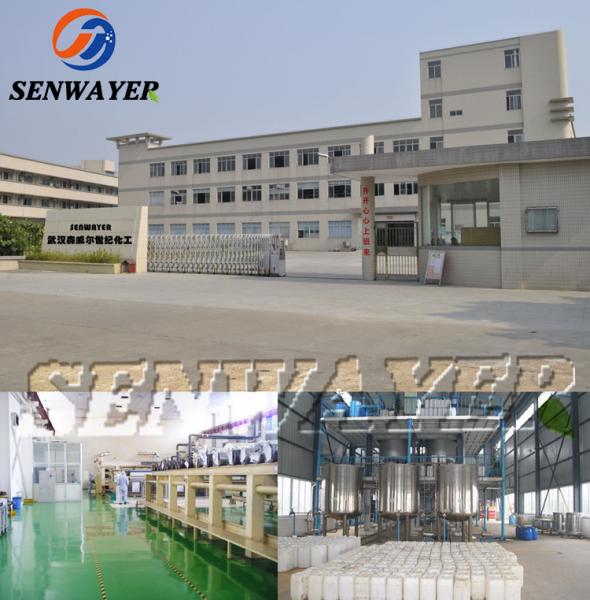 Wuhan senwayer century chemical Co.,Ltd located in the predominant WuHan City where is a traffic hinge of China,specilize in producing and developing pharmaceutical & its intermediates, Pesticide Intermediate, food additive, Plant extracts,and in distributing the products of our own company and affiliated enterprises.We have set up R&D center, quality inspection center and manufacturing site in Wuhan, Jiangsu and others places.Our company has professional staff who deal with chemical R&D and scientific management, and holds several sets of analyzing instruments with high efficiency and high sensitivity, such as HPLC, GC and Spectrophotometer. Meanwhile, we possess of complete Q.A. and Q.C. system, supply chemical products with good quality and custom-tailored products according to our clients' requirement.We have professional sales team, focus on quality and service, and we have achieved excellent performance over the years. Our company is committed to the development of international market , our products are mainly exported to many countries and regions, such as Europe, America, South-east Asia, the Middle East and Africa etc.With our constant efforts and good service, We sincerely hope to establish long-term cooperation and common development with our customers 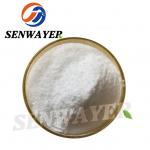 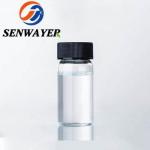 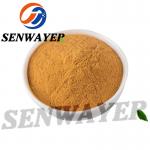