What is an smart electric tailgate?

The intelligent electric tailgate is a brand-new intelligent car modification system. The driver can easily control the opening and closing of the tailgate by remote control car keys and other various methods. In addition, it also has intelligent anti-pinch, high memory, abnormal reminder and other functions, intelligent, convenient, humanized and other features in one.

Which is better to choose the electric tailgate?

Analysis of the core parts of the electric tailgate and the suction lock:

1. the choice of poles

In the case of poles, the car is usually a single pole. Because the weight of the tailgate is relatively large, the SUV is generally double-barded. There are also some luxury cars with double poles. However, the quality of the poles is also very particular. If the unqualified poles are used, it is easy to cause the vehicle to be in a large slope state. When the tailgate is in the ascending process or stops at the high point, the thrust force of the pole is insufficient. The tailgate is off. Therefore, we must be cautious when choosing the electric guard struts. All the SUV models of KaiMiao Group’s electric tailgate are equipped with double struts, and the dampers are designed with dampers to prevent the vehicle from being under special conditions, such as when the vehicle is in a steep slope. When the door is in the ascending process or stops at the high point, the tailgate is dropped due to insufficient thrust torque of the strut, which makes the electric tailgate more reliable and safe. This is the first reason to choose KaiMiao Group’s electric tailgate.

The suction lock is divided into a suction lock and a lower suction lock. As the name implies, the suction lock is below, and the lock is pulled to the secondary lock by a wire. The disadvantage is that the wire is long and deformed and elongated, which is easy to cause the tail. The door lock is not tight, but the material of the wire is generally not easily deformed, so the chance that this situation should be small will occur, but it has to be prevented.

How important it is to be locked the door of the car by using electric power tailgate lifter?

Some models have some special conditions, please contact us for more details 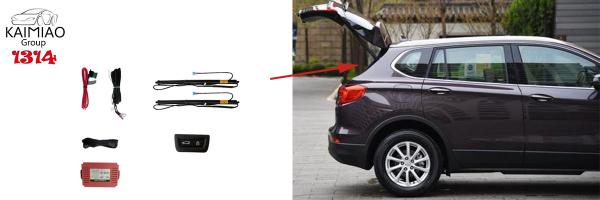 Founded in 2009, the company is committed to the development and production of intelligent in-vehicle infotainment systems. With the “automobile intelligent system” as its core product, it provides intelligent vehicle solutions for OEM customers. Our company has independent software and hardware R&D teams, all the core technology is all self-control, and has independent production capacity, but also has a very perfect after-sales service team. Providing excellenct products and comprehensive service for car factory.

The headquarters of the company is located in Zhonghaixin Science and Technology Park, Longgang District, Shenzhen. The new manufacturing base in Fenggang Town, Dongguan City is more than 50000 square meters. It was officially used on September 1, 2017. It has the most advanced production line in the industry and the annual production capacity is expanded to 2 million units. 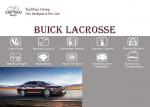 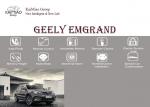 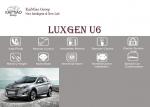