The hibachi (Japanese:"fire bowl") is a traditional Japanese heating device. It consists of a round, cylindrical or a box-shaped open-topped container, made from or lined with a heatproof material and designed to hold burning charcoal.

In North America, the term "hibachi" refers to a small cooking stove heated by charcoal (called shichirin in Japanese) or to an iron hot plate (teppan) used in teppanyaki restaurants.

The traditional Japanese hibachi is a heating device and not usually used for cooking. In English, however, "hibachi" often refers to small cooking grills typically made of aluminium or cast iron, with the latter generally being of higher quality. Owing to their small size, hibachi grills are popular as a form of portable barbecue. They resemble traditional, Japanese, charcoal-heated cooking utensils called shichirin. It has been suggested that these grills were confusingly marketed as "hibachi" when they were introduced to North America because that word was easier than "shichirin" for English speakers to pronounce.

Alternatively, "hibachi-style" is often used in the United States as a term for Japanese teppanyaki cooking, in which gas-heated hotplates are integrated into tables around which many people (often multiple parties) can sit and eat at once. The chef performs the cooking in front of the diners, typically with theatrical flair—such as lighting a volcano-shaped stack of raw onion hoops on fire.

Our portable SHICHIRIN japanese charcoal ceramic bbq grill is made of several materials, main body of grill is made of clay. And we use diatomite cover outside body, you can see many words on surface, it is written on China paper. Then print on surface, we can customize according to customer's requirement.

(Compared with Steel grill, our clay grill is better.)

1. Weight is small, it is easier to carry to everywhere.

2. On bottom there is fumigation plate gasket , thermal insulation is better.

5. Small and flexible, save space.

We use carton box and plywood pallet to pack charcoal bbq grill.We have professional logistic company, they can deliver to any port in the world and they can offer very good price.

Yixing City Kam Tai Refractories Co.,ltd is located in Yixing, the Pottery capital of China. Our company is founded in 2006, it is a professional refractory and ceramic company which cover research, production, sales and after-sales service. Since establishment, we adhere to principle of “Technological Innovation, Never Stop”, continuously improve R&D and production process and equipment. Moreover, we cooperate with famous university such like Liaoning University of Science and Technology, Beijing University of Science and Technology.
Main Products
We mainly manufacture industry furnace refractory material such as Sic PLATE,Setter plate, Push plate, Pillar,Sagger, Technical Ceramic, Furnace material and so on. Our product is widely used to sinter Magnetic Material, Electronic Ceramic, Daily Ceramic, Powder Metallurgy, Rare Earth Battery Material and so on. Our sandwich setter plate, electronic ceramic used sagger, Lithium battery cathode material sintering sagger are very good , and they have been leader products in our field .
Company Vision

Since our establishment, we insist on “No best , Just Better” , aimed to be the top Supplier of Refractory material and Technical Ceramic in the world. 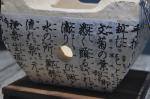 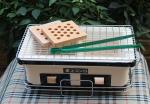