Carbon fiber raw materials;Carbon fibers (carbon fibre), as the name implies, it not only has natural intrinsic

characteristics of carbon materials, and both the soft and machinability of textile fiber, is a new generation

of reinforcing fiber.Compared with the traditional glass fiber (GF), young's modulus is its three times as

much;It with kay fulla fiber (KF - 49), compared to not only the young's modulus is its 2 times the left and

right sides, and insoluble in organic solvents, acid, alkali is not expanding, the corrosion resistance to

excel.Some scholars in 1981 will PAN CF immerse in strong alkali NaOH solution, time has past more than

20 years, it still keep fibrous form.Raw materials or materials, is used in the manufacture of goods, the

human device, component, machines or other products of the material.Material is the material, sometimes

people also known as raw materials, but not all substance can be referred to as the material.Such as fuel

and chemical raw materials, industrial chemicals, food and drugs, are generally not material.

easy to damage, oxidation, under the action of a strong acid and metal composite metal carbide happens,

before use must be.
Edit the period of preparation of carbon fiber can be respectively with polyacrylonitrile fiber, pitch fiber

and rayon silk or phenolic fiber made by carbide;According to the state is divided into filament, short-fiber

and chopped fiber;According to the mechanical properties can be divided into general and high

and high model (modulus of 300 gpa above).Strength is greater than 4000 mpa is also known as ultra

high strength type;Modulus is larger than 450 gpa are called super model.With the development of

aerospace and aviation industry, but also the carbon fiber with high strength and high stretch type, its

elongation is more than 2%.Consumption is the largest polyacrylonitrile PAN based carbon fiber.

graphitization four process.With the chemical change include, such as dehydrogenation and cyclization, 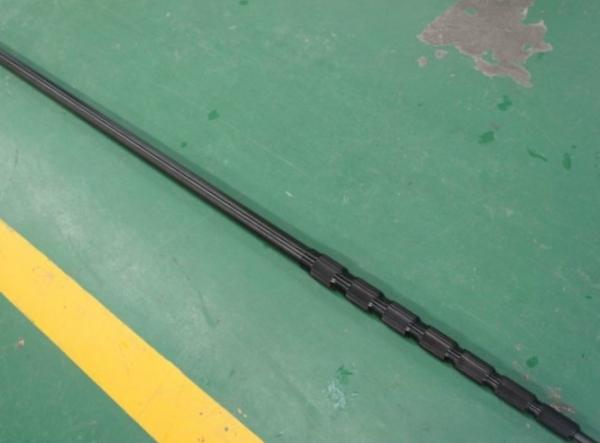 Being experienced in the carbon fiber applications for over 7 years, Shanghai Lijin manages customized production according to various industry standards. Shanghai Lijin started to keep in stock for some standard

sized and frequently ordered tubes and plates. This enables Shanghai Lijin to make prompt delivery. Not only

can Shanghai Lijin complete mass production orders in short period, we can even ship normal sample, prototype orders of Carbon Fiber Plate CNC parts in just SEVEN days after order confirmation when the

drawings are available. Shanghai Lijin is dedicated to solve any technical points during the production and new item developing to ensure the quality.

Carbon Fiber tube production is Shanghai Lijin’s core business and occupies 70% of our turnover.
The carbon fiber tubes Shanghai Lijin mainly produce is table-rolled and oven thermoset. The tubes can be Full Carbon or Carbon Fiber and Fiberglass composite, depending on the application, weight limit,mechanical

strength and surface requirement.Shanghai Lijin offers top quality ROUND carbon fiber tubes. The general OD tolerance we achieve is +/-0.10mm and it can be even +/-0.05mm after our special surface process.

The maximum length of the tube can be 5500mm.

applications. The filament wound carbon tubes are wound at a certain angle like 30 or 45 degree. We invested the new production line from Jun 2013 and this increases Shanghai Lijin’s advantage in the carbon

China and we are one of them.

Since the rapid growth of UAV in the international market, instead of the standard plane like Phantom from DJI, RC fans are getting more interested in the customized multicopters. As carbon fiber is the most preferred

the plate production. For the normal thicknesses including 1.0mm, 1.2mm, 1.5mm, 2.0mm, 2.5mm, 3.0mm,
Shanghai Lijin keeps regular stock, to make sure the raw material will be available for cutting immediately when order is firmed.Experienced engineers are in Shanghai Lijin’s office ready to deal with different types of

drawings from customers. No matter the drawing formats are .DWG, .DXF that can be edited by AutoCAD

and used directly for production, 3D drawings like .IGS, or even draft drawings, our staff can do adjustment and change to customer’s idea. Our engineers are also good at English communication, Email and IM is easy

for them. Editing drawings for customers is FREE* of charge. Shanghai Lijin is having several professional CNC machines for carbon fiber cutting and drilling, with the capacity of cutting 20-50pcs standard full sized plate per day. The carbon fiber chassis general cutting tolerance Shanghai Lijin offer is +/-0.02mm. The